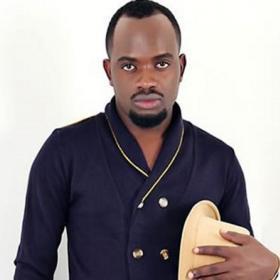 Born in the suburbs of Luwero, the hoarse-voiced musician David Lutalo aka Kapapaala rose to fame in 2007 with his hit 'Akabina Kapapaala' in his style of music called urban Kadongo Kamu .

He is a favorite among rural and urban Ugandans who invite him to perform at weddings and official functions; they also attend his concerts. In 2015 his song “Manya” was the most downloaded song in the month of December with a total sum of 8575 new downloads, winning the CallerTune of the month prize worth seven thousand dollars.

In 2016 he won the Artiste of the Year and Best Male Artist during the Hipipo Music Awards. He had previously won during Uganda Entertainment Awards and Zzina Awards. He has released four albums: Kapaapala, Gyetugenda, Yamba, Magumba.
Posted by Kenneth Howard Smith at 11:00 AM