MEMPHIS TN (IFS) -- With the up and coming biopic on the life and times of Neil Bogart, it was with great pleasure that this writer had a working relationship with Bogart and his upstart Casablanca Records. It was October 1975, that David N. Crawford, (my co-songrwritng and music publishing partner) on one of our many jobs working around the business, that landed us at the Sunset Boulevard mountainside apartment overlooking the Sunset Strip.

Bogart had just left the services of Artie Ripp at Buddah Records, where my high school and fellow recording artist CAPTAIN BEEFHEART (Don Vliet) had just finished his "Safe As Milk" album, 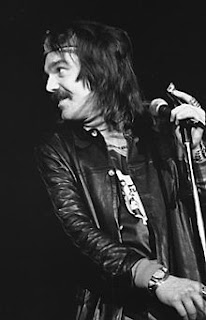 and signing a long term contract with Warner Bros. Records, and Gladys Knight (Midnight Train To Georgia) was the queen of the charts for that moment on her way to Columbia Records.

Buddah Records (now known as Buddha Records) was founded in 1967 in New York City. The label was born out of Kama Sutra Records, an MGM Records-distributed label, which remained a key imprint following Buddah's founding. Buddah handled a variety of music genres, including bubblegum pop (the Ohio Express and the 1910 Fruitgum Company), folk-rock (Melanie), experimental music (Captain Beefheart),[1] and soul (Gladys Knight and the Pips).

Bogart's apartment was just big enough for the host of secretaries, promo people, and record producers like us who was there to work on Greg Perry's first album (Casablanca's first record release) and the Four Tops that Bogart picked off from Motown's transitioning to the Hollywood market.

At this little meeting among the record producers, included Greg Perry, George Clinton, Pete Bellotte who had this 12 inch single on this singer from Germany, Donna Summer. "Love To Love You Baby". David and I were more impressed with the idea of a 12 inch 45 r.p.m. single, then the single. 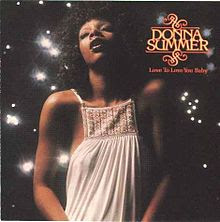 But Bogart played this single until the grooves started to turn white. After all it was just a test pressing.

It was in these early days of Casablanca Records, where David and I really cut our teeth in the business.  We would in time, write and produce Gladys on Columbia Records, Freda Payne for Capitol Records,  and arrangements for the Four Tops "Aint No Woman Like The One I Got" for ABC Records and "Young Hearts Run Free" is a disco song by American soul singer Candi Staton.-KHS

In the summer of 1975, Summer approached Giorgio Moroder and Pete Bellotte with an idea for a song. She had come up with the lyric "love to love you, baby" as the possible title for the song.

Moroder in particular was interested in developing the new disco sound that was becoming increasingly popular, and used Summer's idea to develop the song into an overtly sexual disco track. He had the idea that she should moan and groan orgasmically, but Summer was initially reticent.

Eventually she agreed to record the song as a demo for other singers to hear and possibly record and release. She stated she was not completely sure of some of the lyrics, and parts of the song were improvised while recording. She later stated on a VH1's Behind the Music program that she pictured herself as Marilyn Monroe acting out the part of someone in sexual ecstasy.

Moroder liked Summer's recording and insisted it should actually be released. Summer reluctantly agreed and the song, titled "Love to Love You", was released to modest success in Europe. 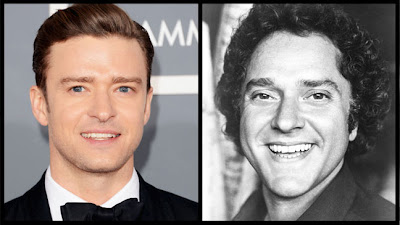 Justin Timberlake is boarding Spinning Gold, a biopic of iconic 1970s record executive and wild man Neil Bogart, the founder of Casablanca who was closely aligned with the rise of disco.

Mark Damon's Foresight Unlimited is financing and and producing the film, and will shop the high-profile project to foreign buyers at the upcoming Cannes Film Market, coupled with a private party co-hosted by Timberlake (Damon knew Bogart).

PHOTOS: Note Perfect: The 15 Best Portrayals of Musicians in Movies

Spinning Gold is set to start shooting early next year, although a director hasn't yet been announced. RCA Records will also partner on the project and will release the movie’s soundtrack. Timothy Scott Bogart, Neil Bogart's son, is writing the script.

Spinning Gold is described as a rags-to-riches story chronicling the tale of a poor kid from Brooklyn who went on to define the pop music culture of his time. In his day, Bogart, who died at the age of 39, was credited with discovering and launching the careers of a generation of superstars, including Curtis Mayfield, Bill Withers, Gladys Knight, KISS, Parliament, Donna Summer and the Village People.

"We are thrilled to partner on this iconic music tale that transcends popular culture," RCA Records president-COO Tom Corson said. "Our passion for this project will serve to help propel Spinning Gold to reach millions of music lovers around the world."

For the soundtrack, the music that Bogart promoted will be re-imagined by some of today's top recording stars, the filmmakers said.

"For over 30 years, my father's story has been the source of intense fascination," Timothy Scott Bogart said. "The wait to finally tell the story had always ben about partnering with the right person to play him -- and the wait ended the first time Justin I ever met."

Added Damon: And with some of the music industry's luminary artists lining up to join Justin in telling Neil's incredible life story, the film is going to be a wild, music extravaganza that will light up the screen. And I have a personal interest in bringing Neil's story to the screen, as I started my career working with Neil at Casablanca Records and Filmworks."

Timberlake was already planning to be in Cannes for the worldwide premiere of Joel and Ethan Coen's Inside Lleweyn Davis, starring Timberlake opposite Carey Mulligan.

Timberlake is repped by WME and Monton/Yorn.
Posted by Kenneth Howard Smith at 11:20 AM No comments: