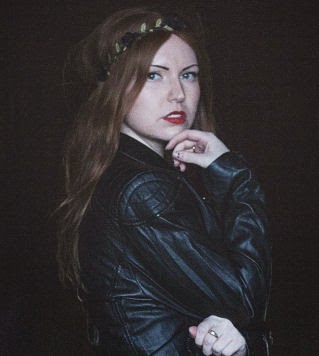 Artist Name: madelyniris
http://madelyniris.bandcamp.com
Members: Madelyn Munsell (age 21), songwriter, producer, vocals, instrumentation
From St. Louis, MO Genre: Indie Pop Music available at iTunes, Bandcamp, and Soundcloud, Youtube Stats: over 100,000 combined plays, 5000+ facebook and 1200+ twitter followers
madelyniris’ story – You might catch indie pop artist madelyniris at the opera on a Saturday night -- not as a spectator, but as a performer.  She has a rare gift only a few on this planet have – she can sing a high A flat. She’s already won vocal competitions while singing some of the most demanding soprano parts in opera.
But her classical voice teachers raise their brow when she describes her passion for writing, producing and performing indie pop music.  “I’m a hybrid,” she claims, one foot firmly in the classical world, and the other dancing to the beat of indie music.  Madelyn, 21, says her parents are to blame for the dichotomy. Her dad influenced her in modern and post rock, while her mother, a classically-trained vocalist, pianist and choir director, passed on the powerful classical influence in her life. “She introduced me to the chord progressions and melodies that will make your knees weak and bring you to tears.”
While her pop music might be described as pretty, on second listen, you’ll recognize the complexity and darkness that lies beneath. She describes, “People will be grooving along and then they hit that dissonant chord or unique harmony and will recognize this is a little more complex to the palette, and requires a deeper listening. I can’t let you get by with just the good stuff”, she smiles.
When asked about what inspired the collection of songs on “Adventures”, Madelyn replied “Honestly, summer 2014 was my biggest inspiration. I was able to travel the world, discover new people and new ways of thinking, and find myself. But in addition to that, this summer also consisted of a lot of nostalgia; love lost, if you will. This summer I came to this beautiful, happy place of resolution in my life. I relived a lot of my past. I discovered that it is good to hold on to happy memories, as long as those memories drive you forward in life rather than hold you back. "Adventures" is optimism, independence, and anticynicism.”
Madelyn is also passionate about women taking control of their own music. "Adventures," as an EP, is me taking charge and no longer sitting in the backseat. As a woman, other musicians do not expect me to make my own instrumentals or mix my own music. Especially in pop music. This is me saying: "Hey, music industry, women are not just pretty faces and pretty voices. We have a lot more musical direction than you are willing to give us credit for." But as a concept, "Adventures" is about actually living, and living honestly with yourself and the world around you, with a bit of young budding existentialism in there.”

Posted by Kenneth Howard Smith at 1:02 PM No comments:

ASCAP Inside Music Newsletter for February 2015

ASCAP Music Wins Big at Grammys
Posted by Kenneth Howard Smith at 8:04 AM No comments: